A theatrical road movie about a journey which is a destination itself.

For spectators older than 13 years

The original The Journey production explores the theme of initiation journey which is present in American literature from Mark Twain and Jack London, through Jack Kerouac to Cormac McCarthy and its aim is to mediate this phenomenon (described e.g. by Joseph John Campbell) to current coming-of age audiences.

Our hero (we call him Jack, referring to the duo of vagabond-authors London-Kerouac) is a literature student fed up with overly theoretical studies completely detached from real life and creativity. He is sick of conformist city life and predictable prospects rooted in the American dream. So he decides to escape such presence and future: he packs his stuff and hits the road. Hitchhiking, he meets his counterpart, Huck (echoing Huckelberry Finn, the first famous vagrant in history of American literature), a free-spirited, spontaneous homeless tramp. The two are joined by the third member – Carolyne, a girl who runs away from her fiancé and the upcoming wedding.

The three set out for San Francisco – the westernmost outpost with the reputation of free paradise. Via the drivers giving them lift, they experience a rich portrayal of the society. They encounter pragmatism of an insurance agent, explicit racism of a Southern farmer, proud patriotism of a veteran, or a pensive fatalism of a Native American descendant. Simultaneously, they experience alcohol and drug intoxication; they develop erotic relationships as well as a firm spiritual bond which makes them determined to spend their entire life on tour. Yet, the originally playful fooling around grows into dangerous balancing on the verge of law as well as of self-destruction. They step over the borderline once and end up in prison, where they meet an old vagrant – an image of their possible future. This experience affects each of them differently, which ultimately leads to their separation. Therefore, they never reach San Francisco (which becomes their unfulfilled dream destination). Carolyne returns to her fiancé, Huck continues in his wanderings, whereas Jack sets out for a different, symbolic journey – a journey of his own creativity.

“The Journey, the new production in the studio of Hradec Králové’s Drak Theatre from director Jakub Vašíček and dramaturge Tomáš Jarkovský, is highly playful and an actor’s and musician’s tour de force aimed at teenagers. It aims at them with American literature, music and the jazz poetry of the beat generation.”

“It is perhaps better to not reveal the strength of some of the scenes on Kamil Bělohlávek’s stage, where the audience members sit across from each another, or the magic of Daniel Čámský’s musical motifs. The Journey can be highly recommended, and not only for school. It may be wishful thinking that the play would kindle interest in the students to read the American classics of the 50s and 60s, but it will definitely move sensitive souls to not only sit back and enjoy the ride, but mainly to experience every moment and bear the consequences for it.”

“It is a piece that is as fizzy as champagne, while also as pungent as flat beer at times. Jarkovský and Vašíček, in cooperation with excellent musicians, manage to properly measure out the situations (…). The interactivity is entertaining, as is the free and playful atmosphere and subsequent sadness, when euphoria is followed by the dark side of drifting. And one more thing: Jazmina Piktorová is the literal embodiment of femininity and she is a wonderful singer. Yeah, I saw it a second time, and I would go again.” 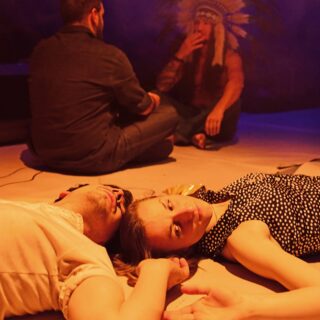 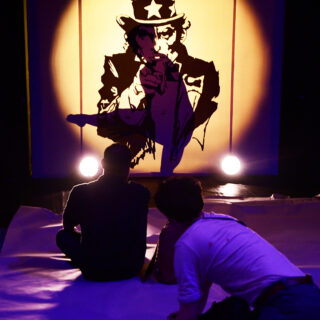 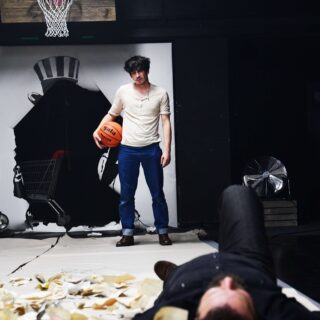 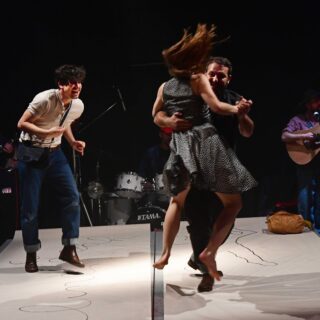 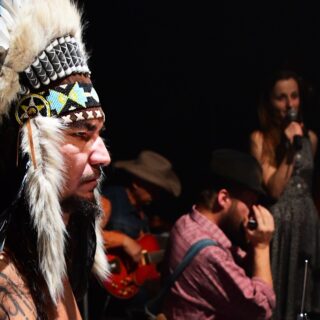 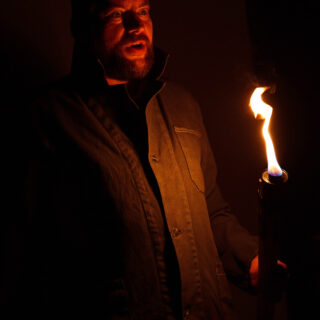 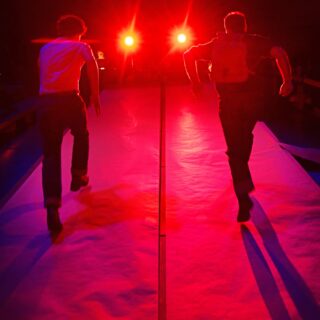 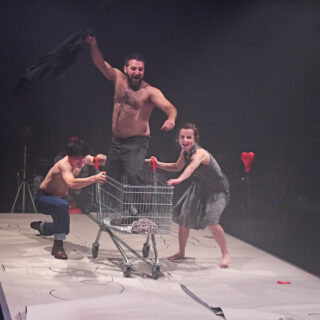 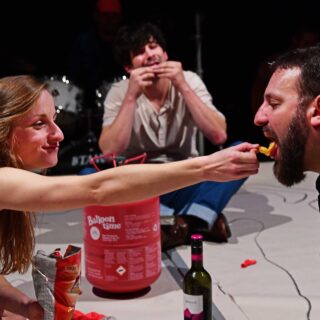 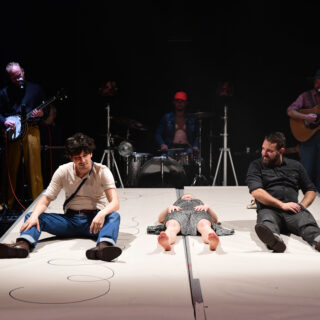 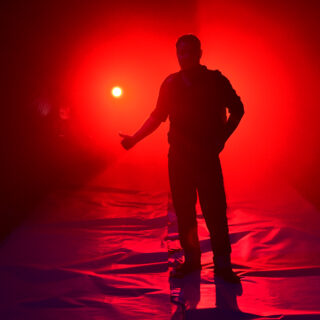