Puppet slapstick based on the classic fairy-tale

For spectators older than 6 years.

An evil fairy is not invited to be a godmother to an infant princess. Yet, the fairy is not to be discouraged and keeps attempting to reach the baptism at any cost. Will the fairy succeed? The readers familiar with the story know that she will. Our production tells the story as a puppet slapstick about the inevitability of faith, when you literally show it out of the door and it will return through the window. However, besides evil fairies, there are also good ones. The world abounds with princes seeking fortune and ready to set free cursed princesses.

Our production is based on classic fairy-tale themes, which are a traditional dramaturgical part of Drak Theatre’s repertoire. Following the success of the acclaimed productions like The White Doe and The Golden Fish, after many years Drak has revived a most-classic story of Sleeping Beauty. The well-known tale of a beautiful cursed princess has seen many adaptations by various artists. Its provoking metaphors and imagery seem perfectly suited for puppet theatre. Moreover, its multi-faceted nature is attractive not only for school-aged audiences.

The Direcor, Jakub Vašíček, was given The Award for the Best Direction at the 19th International Festival of Children’s Theatres- BANJA LUKA 2020. “Complex directing combines all the elements of the production, creatively leads the acting-puppets ensemble and depicts the idea of the performance” according to the jury.

Jakub Vašíček and Tomáš Jarkovský were nominated for the Annual Award from the City of Hradec Králové, known as the Hradec Muse.

The puppet actor, Jan Popela, was given an award for playing the evil fairy at the 54th International Puppet Theatre Festival – PIF in Zagreb, Croatia and an award for his performance at 28th Children’s Theater Festival in Subotica, Serbia. The jury at the Subotica festival awarded the show Grand Prix for the best production of the festival.

When something is especially successful, we in the unorganised church say that “God was in the house”. During the new production of the fairy tale Sleeping Beauty in Hradec Králové’s Drak Theatre, I had the persistent feeling that Josef Krofta himself, the noble-minded theatre director of international renown, was holding a protective hand over everything. That is because a certainty, interplay and humour reigned over the entire professional art of puppetry, without a hint of pandering. (…) And then there is the voice and puppetry performances of the actors Pavla Lustyková, Jan Popela and Milan Žďárský!
If there is any justice, then the 2020 version of Sleeping Beauty already ranks among evergreens such as The White Doe, The Wall, Log Leg, How Daddies Play and White Fang, i.e. among the Drak silver, if not gold.

“A strong children’s response also resounded through the hall with Sleeping Beauty, which represents the pinnacle of the puppeteer’s craft. The precise (in particular vocal) workmanship of the evil stepmother Jan Popela dominated the flawless work with the puppets. Moreover, the use of the stepmother as the main character suggests itself for the fairy tale’s narrative. She is the main mover of the events, from the creation of the basic situation on which the story is founded. Vašáček and Jarkovský were able to make the godmother exactly the kind of funny, clumsy and inept protagonist that the audience cheers on the whole time, wanting her to get over the moat and through the closed windows into the castle.”

It was the original production from Jakub Vašíček and Tomáš Jarkovský, thanks to which they once again defended their rightful positions at the head of the leading puppet theatre, that I enjoyed the most.

Her (the wicked fairy godmother’s) quarter-hour entrée seems to have been the result of pure acting improvisation, and it is a joyous celebration of the art of theatre. In this concept, what is elsewhere a purely evil old lady even becomes the main character and, with her humour and endearing bad luck, paradoxically earns all the sympathy of the audience. 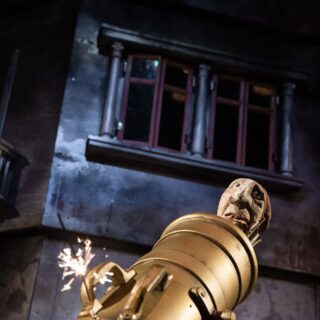 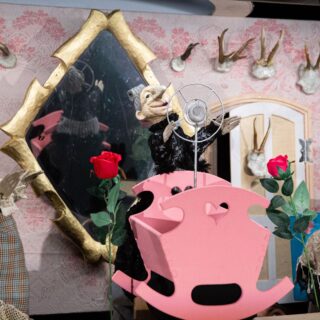 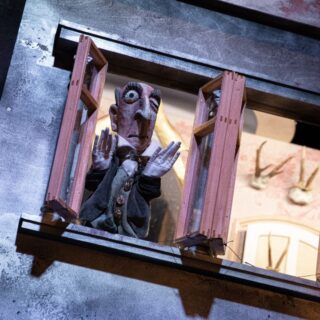 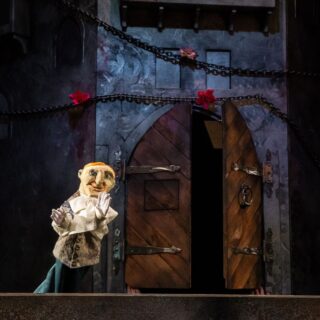 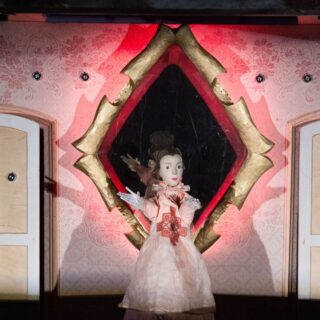 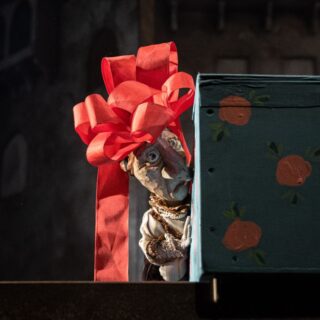