The return of the legendary Kašpar to the Drak stage in a puppet comedy for young children.

The production from Blanka Luňáková, both the director and the author, drew inspiration from traditional folk puppetry and brings to the stage a famous and celebrated character: Kašpar.

Everybody knows that wherever Kašpar goes, fun is sure to follow. Because since he is not only a merry little lad, but also a fox and a joker, there is no doubt that there will be more than just fun. This time he is heading to the forest in order to offer loads of enticing entertainment to the animals living there. Brtnik the bear is happy to finally have a friend, All the animals are happy and having fun. Nobody suspects that Kašpar may not have the purest of intentions…

It is said that you should quit while you’re ahead, but the rabbit, fox, mole and other high-spirited denizens of the forest want none of that, and they get into quite a mess. But it is also said that every cloud has a silver lining. Thanks to their adventures, the animals come to understand that not everything may be as it seems at first, and that a true friend is one who truly cares about you.

The stage design by Irena Marečková is based on classic puppet comedies, enabling the actors and their puppets to really express themselves in what may appear to be an incompatible manner: both tough and tender at the same time.

“From Drak Theatre’s presentation, Kašpar’s Menagerie, which a non-resident member of the guild, Blanka Josephová-Luňáková (a member of Plzeň’s Alfa), studied with her colleagues, is certainly worthy of attention. (…) In terms of puppetry, the fable is richly developed, especially the circus acts, such as jumping through a ring of fire or the obligatory piercing of a closed box where one of the performers, specifically the hare, was previously placed.” Jan Kerbr, lidovky.cz, 8.7.2021 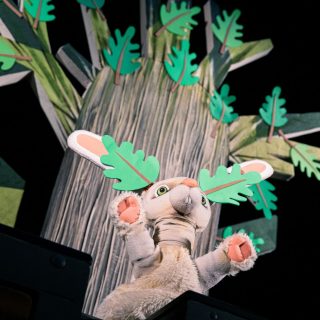 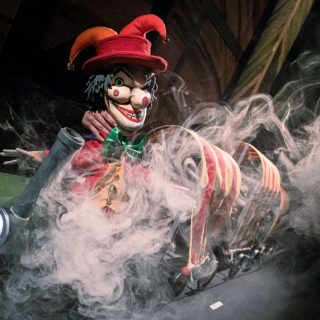 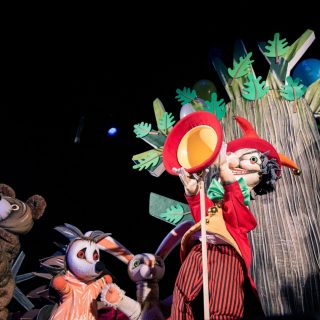 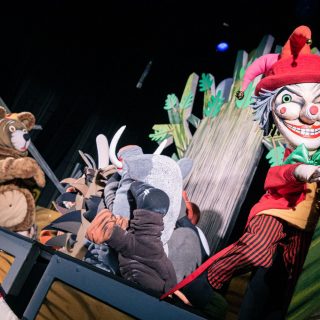 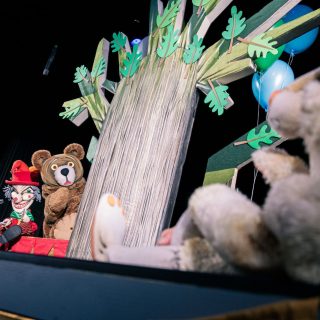 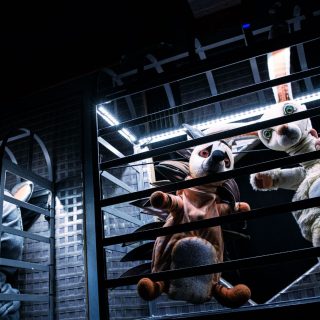