A story of a little girl who loved to jump and dance.

For spectators older than 4 years.

An original production about the unwavering desire to move and dance. Young Jazmína loves jumping and dancing above all else. One day, however, she has an accident and all of a sudden she cannot dance. She starts to observe everything around her that is moving and dancing. An adventure of the imagination and the love of the game can begin, blending fantasy and reality! A tenderly fierce and true story about the joy of movement for children and the children in us.

“And ultimately the most beautiful, most innocent, most naive and most sensual in its beauty: hope. The inexhaustible, undeviating, unlimited, pure hope of a child. No fears, doubts or limitations. The hope that we adults used to have. When following the performance, we get the impression that there is no reason why we shouldn’t trust the child in us again. One strong reminder that theatre and the imagination transcend any handicap.”

Excerpt from the review of our performance by dramaturge Stela Mišković at the FIAT International Festival of Alternative Theatre in Montenegro, August 2020

“Jazmína Pitkorová meets the audience personally one by one in the foyer to lead them to the studio. Due to her charm, she immediately wins everyone’s favour; one is only worried that children may immediately join her on stage. Lock in the poetic title suggests a plaster on her broken leg, which prevents the girl not only from dancing.
Physical theatre and dance fuses with lyrical clownery without words, yet understandable. Jana Bačová Kroftová as a visual artist quickly animates a Degas-like ballet dancer, floods the scene with insects while the dancer strugglers with itching under her plaster, or magically bleeds colours into space-like worlds and fantasies. This seemingly a cheap trick has an enormous impact; both the artists and the dancers complement each other by coexisting in the same rhythm. If there was an awmeter, I believe both young and adults would show the same level. Špalková and her collective entered their memories without referring to a Star Rover for the young. They created an inspiring, memory-opening miniature economical with words. Their 40-minute performance is a celebration of movement, dance, theatre and fantasy regardless of any limitation.”
Petr Mareček, MF Dnes, 25. 2. 2019. 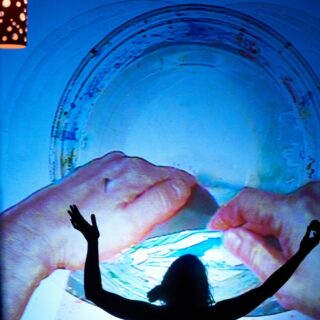 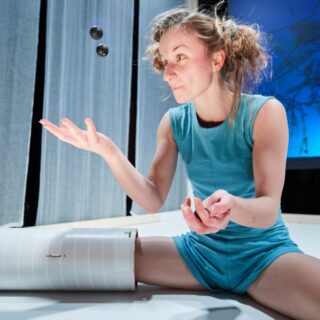 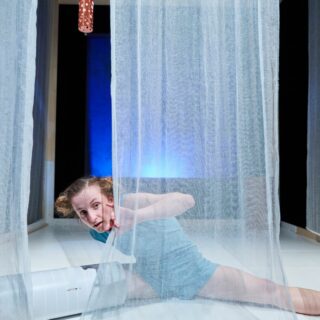 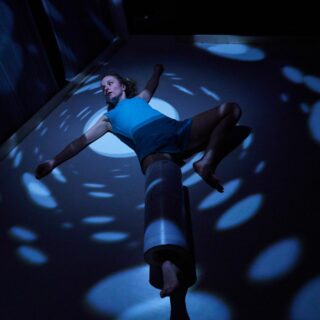 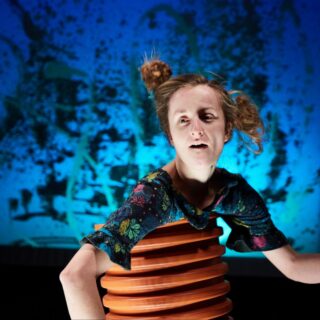 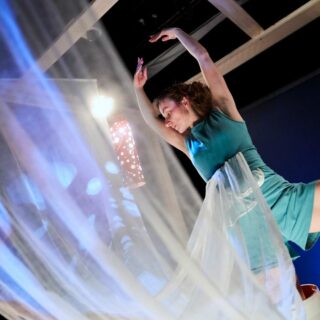