For spectators older than 6 years

The performance attracted audiences by the well known fairy tale in an unusual environment. This time we encounter a group of men as masters of the art of cooking in a restaurant kitchen. One of the cooks starts reading the fairy tale of Goldilocks and burns onion. Servant George tastes magical snake, which allows the king to understand the speech of animals. To save his life, he sets out to look for the golden-haired maiden among the pots, mixers, spoons, pans, meat grinders. And Goldilocks? She is simply tasty!

Actors dazzling by humor and culinary skills. And cooks are cooking and frying during the search for the golden-haired. The performance is not only for children but also for adults. We promise you a typical and atypical theatrical aroma and experiences. 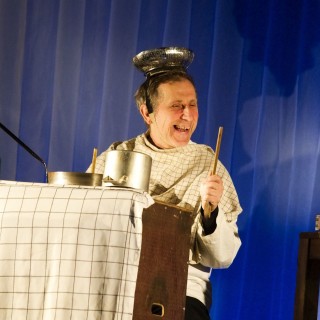 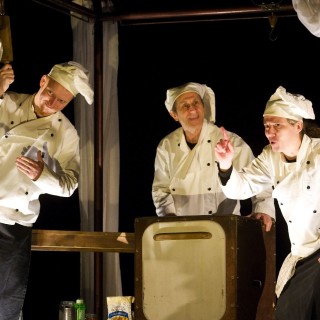 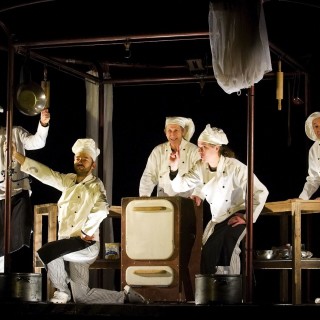 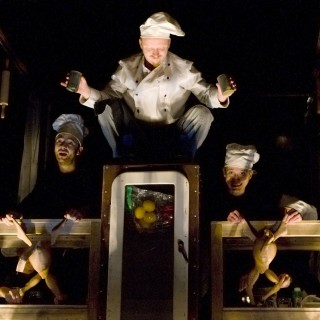 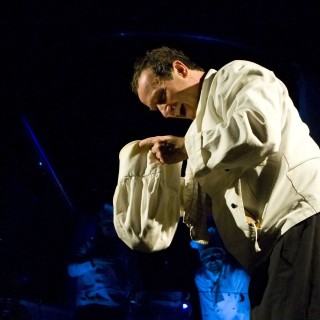 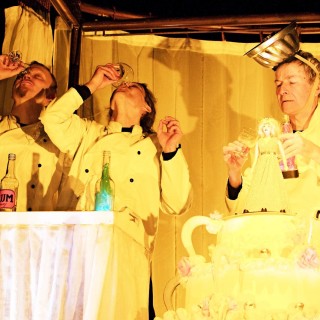 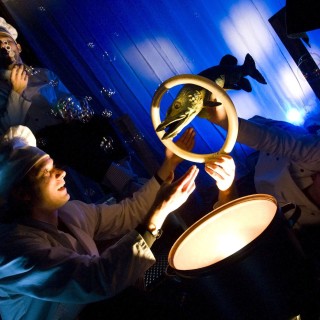 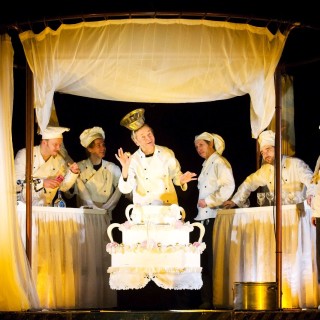 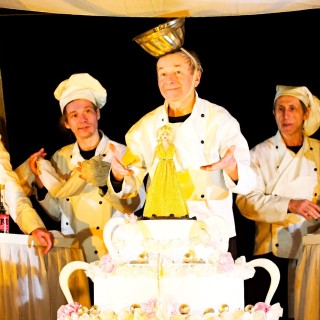 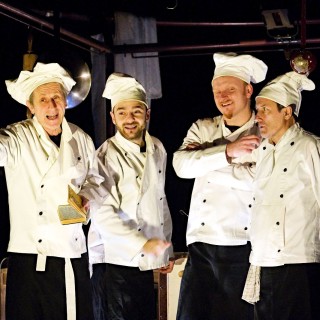 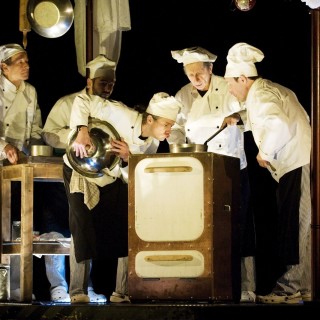