The Four Voices exhibit was lent by MAUR film

From October 2022, the entire second floor of Drak Theatre’s Labyrinth will once again, for the second time, be open to all who want to uncover the magic of animated film and special effects.

The theatre’s new interactive exhibit, entitled Drak in Animation and Four Voices, is a sequel to the Three Voices and Drak Animation Playroom exhibit, which arose in cooperation between Drak Theatre and the MAUR film production company. This time it lent to Labyrinth its new travelling exhibit Four Voices, which follows the two-year-old project and once again combines the animated work of students of film universities in the Czech Republic. Visitors will be presented with the short animated films Whatman by Nika Zinoveva (FMK UTB Zlín), Forgive by Alžbeta Mačáková Mišejková (FAMU), Weeds by Polina Kazak (FAMO Písek) and Mum is Always Right by Marie Urbánková (UMPRUM).

The main part of the exhibit is comprised of the Drak in Animation incubator, which was created especially for Drak Theatre’s Labyrinth space as part of the long-term programme conception, which is the connection of art and education. The authors of the project are once again the artist Martina Marková together with the scenographer Tereza Vašíčková. 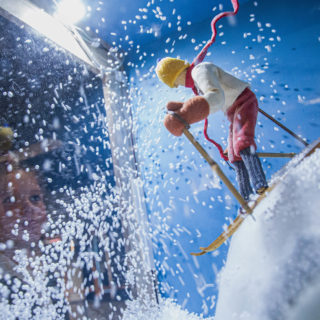 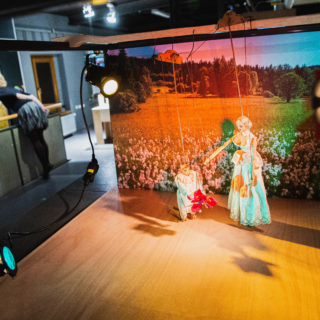