For Strawberries? In January? Isn’t that strange? And isn’t it stranger that nobody finds it strange?

For spectators older than 3 years

Maruška lives in a small cottage with her stepmother and stepsister. They are not very nice to her at all. And worst of all is when they send poor Maruška out into the ice and snow to bring back some strawberries: “And don’t come back without them!” Whatever will poor Maruška do now? A blizzard is raging outside, everyone and their dogs are huddled inside, and now she has this silly, impossible chore. Everybody knows that strawberries don’t grow in January. Or have they all forgotten?

This production for younger children is also a solo opportunity for one of the most experienced members of the troupe. In her years in Drak Theatre Ivana Bílková has worked will most of the well-known directors that have passed through the theatre and made it what it is today. She has acted in the legendary productions of Josef Krofta (such as The Bartered Bride), while Jan Borna, Jakub Krofta, Jiří Vyšohlíd and Tomáš Dvořák have also cast her in their productions. 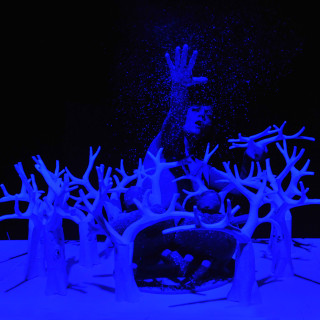 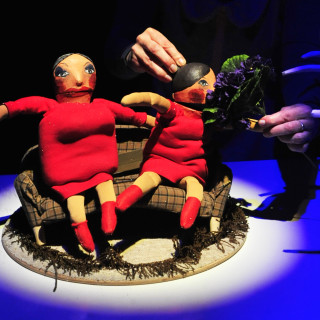 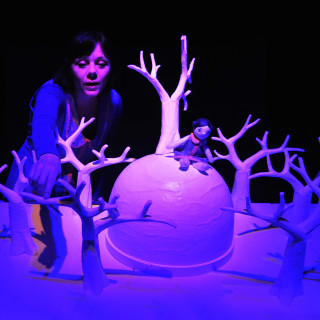