“There in Hradec Králové, balls were flying to and fro, from cannon and flintlock, into the poor old folk…”

The folk song “Jabůrek the Cannoneer” is the foundation for the puppet tragicomedy about the Battle for Hradec Králové (or Sadové, or Chlum) and about its folk hero, Jabůrek the cannoneer.

In 1866 Austrian troops near Hradec Králové tried in vain to stop the advance of the Prussian army. In spite of the initial success of the Austrian artillerymen (who are commemorated in the song about Jabůrek), the ultimate defeat of Austria was decided over the course of a single day.

The historical reality of the famous battle is only hinted at by the backdrop to the puppet tragicomic war love story, which tells the fictive life story of the cannoneer Franz Jabůrek as well as other characters. These include, for example, the historical figure Sylvestr Krnka, a gunsmith, who long before the war tried to convince the leaders of the Austrian army about the advantages of the Prussian “breechloader” rifles, but to no avail… 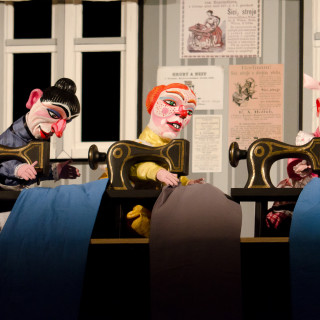 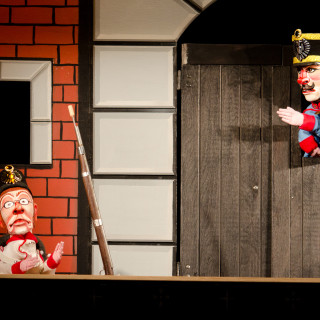 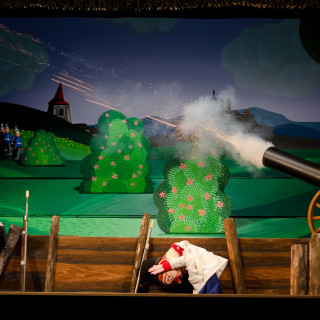 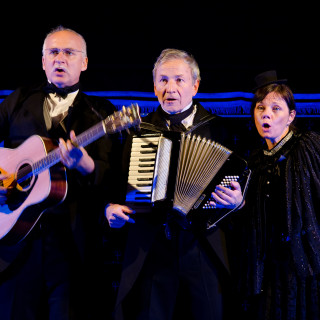