Divadlo Drak’s production is inspired by the remarkable life and work of the cinematic pioneer Georges Méliès. It takes us to the enticing setting of magicians, tricks and magic. The magic tricks that Méliés was the first to use in a film medium, in an unbelievably imaginative manner we might add, still have their artistic poetry today.

And, above all, thera are many who have followed in his footsteps.

Even death comes up short in Méliès’ world full of boundless imagination, since celluloid, illusion and fantasy are weapons that seem to be able to defeat even the Grim Reaper himself… Or can they? We will find out when the story of the fascinating life of the greatest film magician of all time ends.

“An Anglo-Saxon theatre critic would write that Georges Méliès’ Last Trick is an hour of pure theatre, an hour of eruptive fantasy, perfect playfulness, an hour of contagious joy from creativity, that is the event of the season and it is every theatre lover’s obligation to not miss it. (…) Jiří Havelka has created an exceedingly excellent production in Hradec Králové’s Drak Theatre, inspired by the work of Georges Méliès, using the perfectly adopted techniques of silent film escapades and Méliès’ attempts at special effect tricks, and he has got a fine troupe of actors
for it.” Michal Zahálka, nadivadlo.blogspot.cz

“An ingenious combination of a puppet Punch and Judy show and slapstick film, all purely through theatrical, seemingly simple means. It is a tribute to a cinematic magician, but also to playfulness, fantasy and artistic tenacity. Definitely an experience!” Nina Malíková, Theatre Newspaper

“Together with designer Marek Zákostelecký and dramaturge Dominika Špalková, Havelka has created a poetic theatrical slapstick comedy which skilfully interconnects shadow theatre and black light theatre and that, as it is without words, will be comprehensible abroad. (…) The  new production immediately draws you in, even adults will get lost in wonderment and enchantment for a while, not to speak of poetry with a touch of nostalgia. Drak has paid tribute not only to the first inventor of special effects from a time when everything will done exclusively by hand, but also to modern theatre, lucidly and with something grand on top of that: with the gift of surprise.” Petr Mareček, MF Dnes

“Before Georges Méliès became a pioneer of special effect films one hundred and twenty years ago, he was a stage illusionist – and he conjured up inspiration for his film experiments from these magical performances. Now Jiří Havelka has turned it around in Hradec Králové’s Drak Theatre: using Méliès’ film techniques, he has created a theatrical play that is literally enchanting.(…) Last Trick doesn’t even last an hour all in all, but it is an hour of extraordinarily intensive theatre. Havelka combines inspiration from Méliès with the legacy of the predecessors of black light theatre and puppetry inspirations of a nearly Punch and Judy style. And he adds his interest in paradoxes of time and space.” Michal Zahálka, Lidové noviny 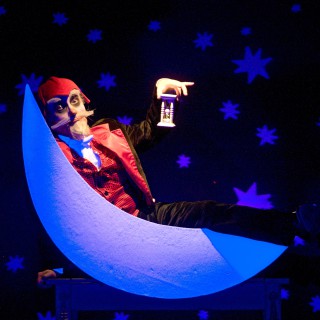 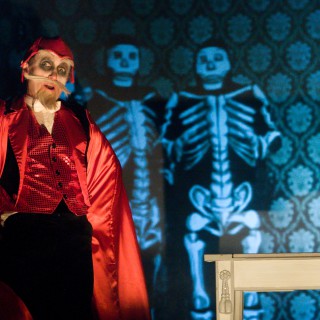 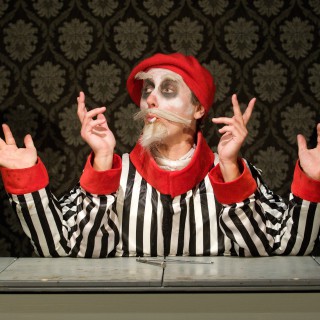 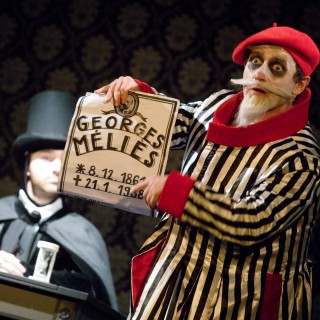 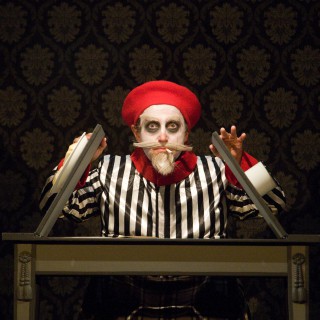 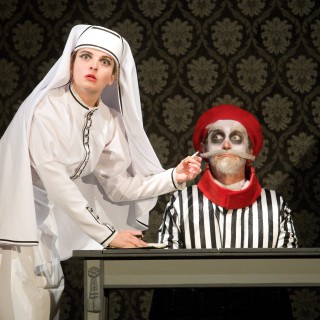 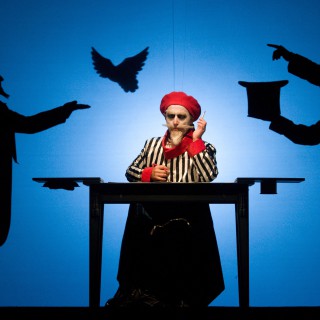