AKHE was founded by three young members of the Boris Ponizovski theatre “Yes – No” (Maksim Isaev, Pavel Semtchenko, Vadim Vasiliev) in 1989. Immediately they announced themselves as an independent art group (in term of styles and forms) and started working in the fields of performance, cinema and fine art.  From 1996 AKHE developed into a theatre collective, now with base of 5 members, and, as cult icons on the Moscow and St Petersburg independent art scene, the group is sought after at progressive festivals and across mainland Europe and world. They work as artists and film directors but they also still use their artistic backgrounds, working as the painters and stage-designers. AKHE creates a unique dream theatre of chaos. Filled with countless absurd and inspired events, its shows and work with physical laws to create psychological play combined with fantastic images and endlessly fascinating stage pictures. 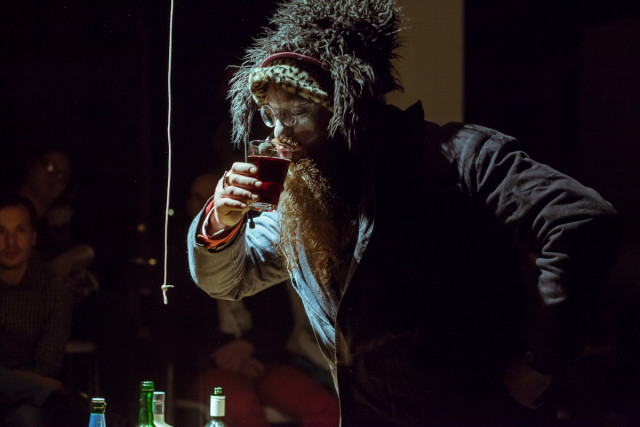