Inside the big tent there is a small tent, and inside the small tent is a boy. He has traveled far. He has mostly traveled alone. He will show you things he has with him. He will also tell you why he left, and the road he took, but he cannot tell how the story ends …

We Come from Far, Far Away is a theater production based on stories collected at Hvalstad transit center for children under 18 years in Asker, Norway.

The material collected in the process of developing this production is documentary, and is shared with NIE through talks and workshops. The stories are difficult and incredible, but as with most young people; they are also full of energy, vitality and hope for the future.

In the narrative, we follow young Omar and Rezan on their journey from Aleppo in Syria, until one of them arrive at Oslo Central Station. The audience are seated inside a tent and the action unfolds closely, and also among the audience.

The framework for this production is built around the current crisis in Syria, but aims to say something more universal about the topic. NIE has always dealt with themes like  hope, survival and the will to survive, and in this case the presentation context has been particularly important for the audience. 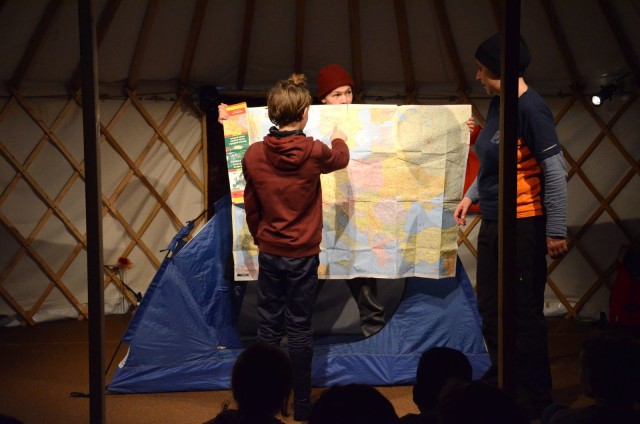